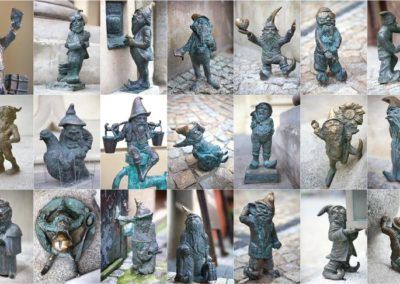 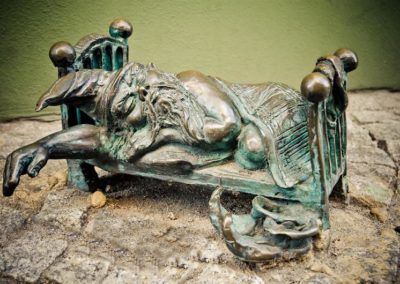 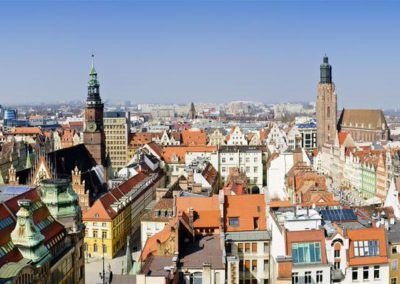 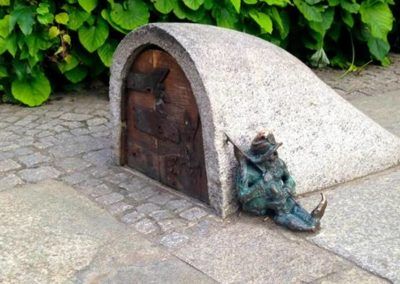 You wouldn't have been in Wroclaw very long before you find yourself tripping over one of the small bronze gnomes that are dotted around everywhere. There's so many of them that nobody really knows how many there are. The latest estimates show around 180 of them.
Although they have long held a place in Polish folklore it was the political events of the 1980s that escalated their importance. During communism any subversive slogans were quickly painted over by the authorities. In return, this was painted over again, this time with pictures of gnomes by protesters belonging to the 'Alternative Orange' movement. People began to dress up as gnomes at marches and gatherings and subsequently the gnome became a symbol of Wroclaw - and has been ever since.