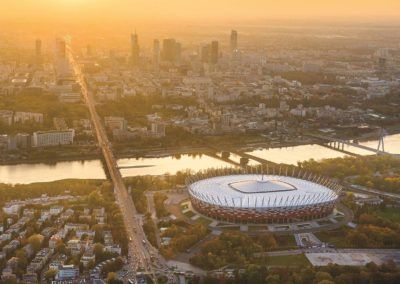 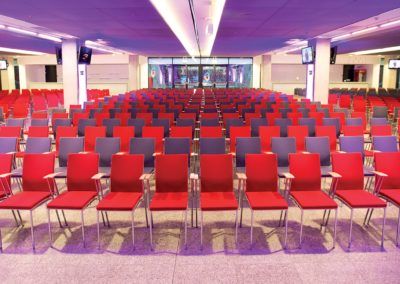 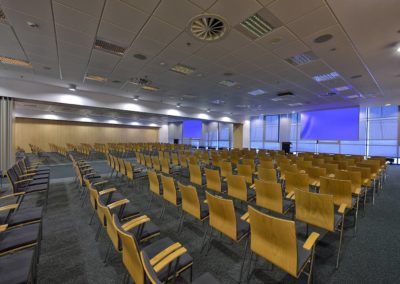 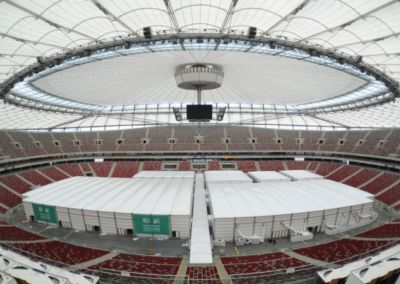 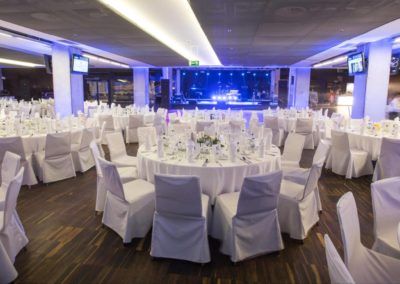 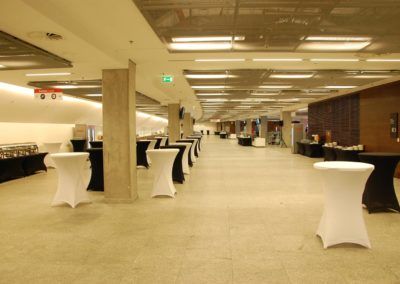 National Stadium is located in a heart of the city.
It is a retractable roof football stadium, biggest in Poland and the home stadium of Polish national football team. Its capacity is 45.000 people

This place has a beautiful view at the football pitch and the modern tribune of this 4-star (highest recommendation of UEFA) object. From here there is also access to the VIP tribune (capacity of 2600).

There is also a possibility to hold an event in a big, modern tent which can be localized on the football pitch. This solution was already proven few times, for example during the COP19 conference in 2013